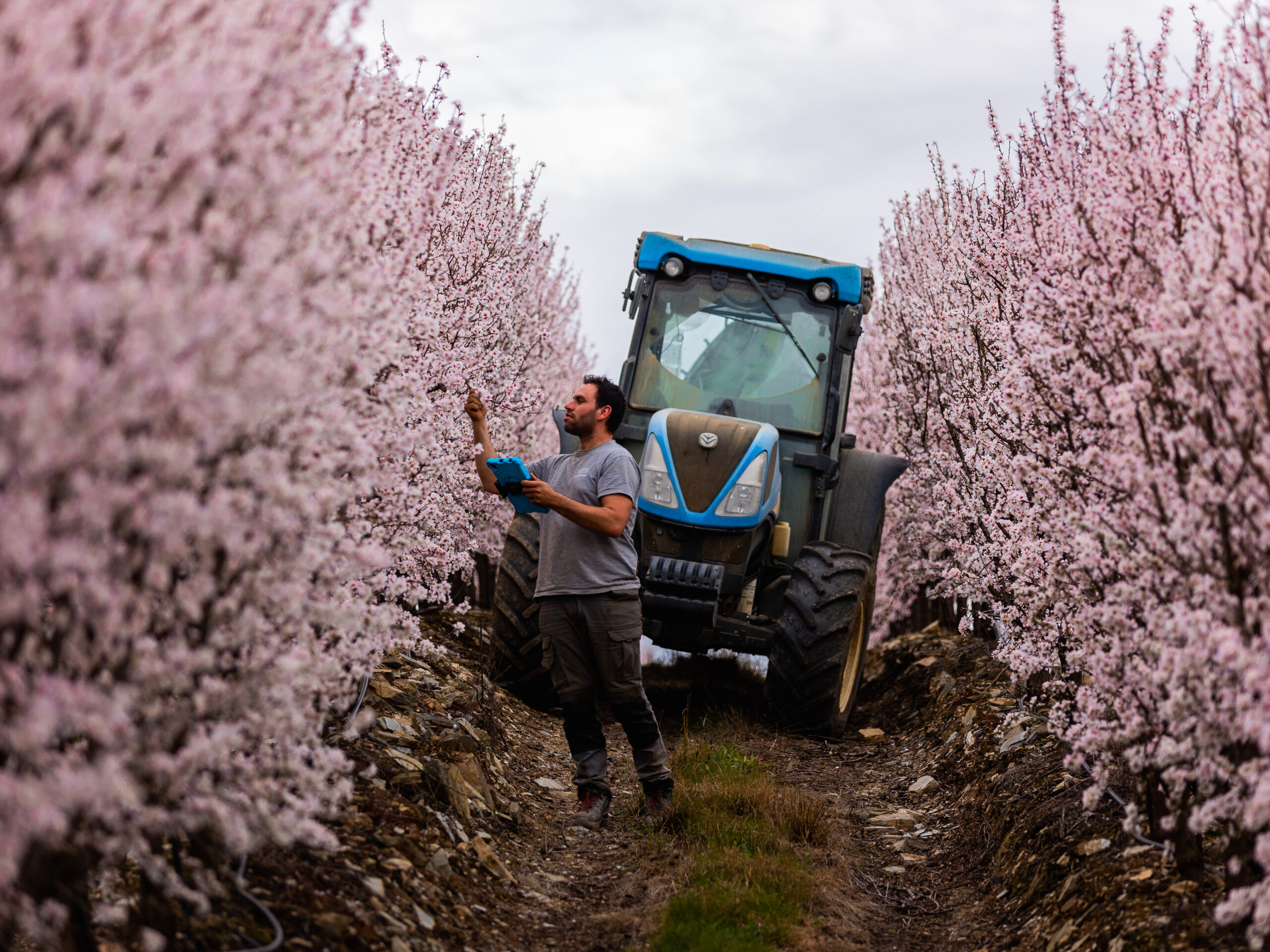 25% of Veracruz’s workers are already people who moved to the interior of Portugal. Based in the Beira Baixa region, the company believes that the country’s interior has brilliant potential and so since 2017, the group has been heavily investing in attracting skilled and varied talent.

Veracruz has a total of 1,300 hectares spread between Idanha-a-Nova and Fundão, in the district of Castelo Branco, and a skilled and multidisciplinary team. Among its current 40 permanent staff, 25% didn’t use to live in the country’s interior and together with their respective families there are now 45 of them living in Portugal’s interior, close to the group’s estates.

Besides Veracruz’s staff, its presence directly increases work in commerce, agrotourism and restaurant services, among others, thereby helping to really boost the region’s economy.

Armindo Jacinto, Mayor of the Idanha-a-Nova city council, believes that Veracruz has had a decisive role in people settling in the region. “It is a company that combines environmental sustainability with social responsibility in almond production. There are dozens of employees, many of whom are highly qualified, who contribute towards the economic and social development of this municipality and the entire region”, he states.

Paulo Fernandes, Mayor of the Fundão city council, stresses that “Veracruz is a company classified as a Project of National Interest and since it was set up in the municipality of Fundão it has had a major impact on the local and regional economy. The exchange between the local council and the company has been very dynamic, including a protocol that was signed to create a platform for testing technology applied to agriculture and the Agrotech contest.”

It involves administrative directors and technology directors, experts in Information Technology and Data Science, besides the field managers. Veracruz currently has vacancies for field activities, such as tractor drivers, heavy farming machinery operators, agronomists, people to work on the maintenance of the estates, software developers and project managers.

“This is a really enriching diversity. Veracruz prioritises hiring local talent but is not always able to fill all the job vacancies. We also know that an engineer from a big city can live and work in the interior and have a better quality of life and added security. So, our mission is to continue growing”, explains Edson Brandi, Veracruz’s Product and Innovation Director.

To be able to attract and retain an increasing amount of qualified talent, the company offers above market-average salaries, and has a policy for distributing earnings and developing regular training initiatives. Furthermore, it created a professional training and development programme called Germinar (Germinating), which is a progression tool for the workers, to which Germinar Social (Social Germinating) was added, to effectively address the current inflated cost of living.

“At Veracruz, we believe that constant development is what enables the company to efficiently reach its desired results. So, we created Germinar, which works as a career script for each employee. The aim is for each person to be able to improve their job performance, thereby contributing towards an objective common to everyone”, underlines Andreia Barbosa, the company’s Human Resources Director.

The Germinar programme includes objectives, key results and evaluation indicators that are defined for each area and in line with the company’s objectives. As such, each employee gets feedback from the team leader so that they are aware of their current level, what is within their reach and what they need to do to achieve it.

For the workers with jobs in the field, for example, indicators such as “work quality and development”, “care in the use of equipment” and “teamwork” are assessed. The bonuses are paid to the workers in accordance with the respective professional categories.

Within the Germinar programme, Veracruz also created Germinar Social. With an eye on the market and mindful of the current high cost of living and the consequential loss of purchasing power, with very significant impacts on fuel and food, the company is now granting a monthly basket, worth 100 euros, as well as extra diesel, to all those working in the field, which are in addition to the benefits already in practice, such as an above-market meal voucher and a travel subsidy.

Veracruz’s presence in the municipalities of Idanha-a-Nova and Fundão has also helped to boost the local economy.

Júlia Fernandes, owner of Quinta Ponte da Capinha in Fundão, believes that Veracruz’s arrival helped to attract many tourists to the region. Her Agrotourism property has held conferences and training initiatives organised by the company.

“Veracruz is not just a company, it’s more than that. Although its core business is almond production, the company is concerned with maintaining relations with other business sectors in the region. Our occupancy rate increased considerably during the week, which helped to mitigate tourist seasonality, not only through people from Veracruz but also the support given to events and the Portuguese and foreign companies that want to visit the phenomenon called Veracruz.

Veracruz set up a partnership with this hotel involving tourist activities, such as organising guided tours of the group’s estates, for example, aiming to help promote tourism in the region. The two companies share a concern for increasing sustainable tourism, and measuring environmental, economic and social impacts.

With a view to enhancing the region as a gastronomic route, restaurants and pastry shops have also been challenged to develop new almond-based products.

Gustavo Ramos, Farm Operations Director, states. “We want to attract and retain the best talent in the market. People who become part of the Veracruz family and share our vision and values. Who benefit from the growth opportunities the company provides and enjoy the quality of life that the country’s interior has to offer.”

In 2023, Veracruz is going to build its own almond shelling and processing factory in Idanha-a-Nova, a process that will lead to the creation of new jobs and further promote and boost the region’s economy.

The company has defined the goal of reversing the unprofitable situation in Portugal with regard to almond production and helping the country to become a benchmark in the production of this fruit. Veracruz, which operates using the most recent precision agriculture, in close conjunction with the principles of sustainability and biodiversity,  has set the objectives of attracting talent to settle in the country’s interior, helping to tackle desertification.